You cannot go without media. You can try to avoid it but media is like cat in your house; you can voluntarily seek it out and play with it but even when you’re not playing with the cat it’s still there, just laying about- you just ignore it.

I have personally went about 7 hours without media! Pretty impressive, besides the

fact that I was in class and then work for most of that time. But not checking Twitter or Pinterest? Not being able to listen to music to walk to class or to help me sleep? Not being able to communicate with anyone via my phone or laptop, not watching TV or hearing any news! This was hard.

After this experience I realized that I have to use my phone to communicate and check the time and that I have to listen to music at some part of my day. However, it was surprisingly easy to stay off Twitter for a full day, even more so easy for FaceBook. Avoiding some type of music whether it be your own or hearing it from a car or from your roommate is unavoidable- or involuntary.

In the hours I tried to avoid the media all that I consumed was involuntary. I quickly realized how much I involuntarily consume media from the people and ads around me, so I knew there was not going to be a day without it. Everyone has to face media everyday, no doubt. The fine line is between what media are voluntary and involuntary.

There are advantages to the time you spend without media. First off, you actually have more time for face to face interaction. You also, have less distractions while trying to do homework. Without wasting away two hours in front of the TV, you can make it to the gym! Another big advantage is: without using all those apps on your phone, the battery last longer.

Some disadvantages are not being able to be in the know with whats happening with your friends or around the world. Without social networking or being able to read articles or watch the news, we are terribly ignorant. Another disadvantage was that while I had to voluntarily go without my media(i.e. music, TV shows) I had to involuntarily watch or listen to other peoples music, their TV shows or their video games. Not ideal.

To go without media feels primitive. To take things in your life that have become habits and to try to stop them all together feels empty. The hours I successfully went without media was something new to me. I had more time for other things but I couldn’t help but to feel like something was missing. Listening to music, watching TV, pinning on Pinterest, and reading articles have all become apart of my daily life, and I’d prefer to not have to go without them.

From this I see how much modern societies rely on mass media, but it is not exactly a bad thing. Media informs us, entertains us, and even shapes our attitudes and beliefs. We can’t avoid media so we all might as well go with the flow and consume it! Voluntarily and involuntarily we will always stay connected to the world and what is happening around us.

Do people actually think about everything they consume daily? Perhaps some try to put a limit on the amount they consume; but, can someone really have too much? Most people don’t really think about it, consumption involuntarily happens! There cannot really be such a thing as consuming too much media because it’s everywhere! There aren’t many places you can go to escape Media. Hell, there are even TV’s and radios in prison. 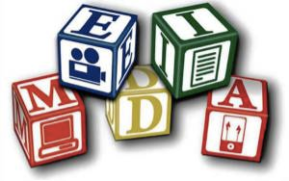 Can people today live without the media? Sure, there is a certain percentage of people that avoid media at all costs and some people who do, indeed, seem to “live under rocks”. However, I don’t believe people can live completely without media because of its availability in many forms of channels. By keeping track of my own use of media for two days I realized that media is there whether I liked it or not! So, besides the nay-sayers who think they can live without it, the real question is: how much do we use it?

Phones and laptops are the most popular forms of channels that bring us media by far. I wake up by an alarm clock on my phone, I listen to music, check the time(very frequently), talk to and text friends, check important emails, tweet about my everyday life, read online articles from CNN, and surf the web on my phone. I spend at least 2 hours on my laptop and 1 hour watching TV daily! I even used my iPhones “note pad” to keep track of all my media usage. Same goes for my laptop, I use it for homework, social networking, pure entertainment, and to answer my whimsical questions.

Most media from our phones & laptops are voluntary, expect for pop-up ads. A certain TV program you’re watching is voluntary, maybe even some commercials. Involuntary consumption of media would be you having to watch a commercial about reverse mortgages between your show or seeing a billboard you pass by while driving on the road. But we, as a population, consume media voluntarily most of the time. Checking FaceBook and Twitter, reading articles, videos, movies, playing video games, and even listening to music- this is all by choice. No one forces us to tell everyone personal details about our lives on FaceBook.

In my own media patterns I’ve noticed that using media is second nature. I get on twitter and look at my newsfeed without even realizing it. I pin many things on Pinterest just when I’m bored. I even prefer to constantly check the time on my phone throughout the day rather than just wear a watch. Usually when I hear TV or radio ads I notice that I really don’t even listen. Most ads just play right by me but if it doesn’t concern me in any way, I ignore it. I also never noticed how many signs are put outside of a business or on their windows. York road is full of them. There are even big poster ads hanging off the sides of buildings that I have never noticed.

Through this experience I realized that I only pay attention to ads that concern any aspect of my life and I mostly only consume media that I want to. If I’m in my friends car and we listen to her music then it’s only involuntary if I don’t like it. What surprises me the most is how naturally consuming media comes to me along with all my peers from the M Generation. We were born with this innate ability.

More important, from our voluntary media patterns we learn about our friends, our country, and the world around us. This type of instantaneous communication that keeps us up-to-date is not only astounding and informative, but necessary.  My media habits allow me to constantly be informed of what my friends are doing and where they are going. These patterns also allow me to follow stories of other people throughout the country and even others world wide.

From this, all I know is: without media on my phone, laptop, or TV,  it would be like living under a rock.